In March 2016 our daughter, Genique, was diagnosed with a brain tumor growing from the optic nerve. It's called a Pilocytic Astrocytoma, but she calls it her "mushroom". On 31 Aug 2016, Dr Charlie Teo removed 85-90% of the tumour. Unfortunately Genique's vision was severely affected by the tumour. This blog is about her recovery and the challenges our family face daily. My Story / Video Story

Get involved and support the Charlie Teo Foundation.

Since we left the hospital on Tuesday September 27, the plan was to have two weekly sodium checked by finger prick and to wean Genique off the steroids (hydrocortisone).

The Wednesday after discharge we went for sodium check and no one contacted us with the result.

No news is good news, right?

Then Friday we went back for bloods and there weren’t any blood forms, meaning we couldn’t do Genique’s blood tests. Clearly someone isn’t doing their job!

On Monday, 3 October, Sylvia decided to call before the drive to the hospital, and guess what…yet again no blood forms!!!!
Sylvia then called the endocrine department to enquire about Genique’s blood and they said they will request her file and that the doctor will contact us later that day.

Tuesday and Wednesday Sylvia called endocrine and all the receptionist said on both occasions was that the message was passed on to the doctor and he will contact her later that day.

I do believe that there are doctors out there truly caring for their patients, truth is we don’t experience that right now. Hopefully that will change soon.

Unfortunately our Genique is just another number :(

Sylvia contacted Genique’s neurosurgeon team in Sydney, 20 October, as we had a few concerns about the treatment Genique received.

She raised our concerns and also asked if we were over protective parents or do we have good reason to be concerned?

After the discussion the conclusion was that the treatment she received actually put Genique’s life in danger because they gave her fluids whilst she was on vasopressin and she was alert and had in tact thirst.

The treatment Genique received was actually the cause of her sodium being all over the place and her body did not know how to respond to it.

After a long conversation with the neurosurgeon team we decided that we better get another endocrine doctor who is able to keep an eye on her for the months to come and to monitor her hormone levels and make adjustments accordingly.

We got a referral for a private endocrinologist who we will see in the near future.

So, with no help from the Perth hospital, we consulted our GP about the sodium and stopped the steroids.

Today is almost three weeks without steroids and Genique is already looking so much better. She even attempts a little run every now and again, her walking is getting faster and she is much more alert.
She is more active and does her exercises like galloping (skip), walking on her tippy toes and walking on her heels. All good exercises to get her back to her old self.

I think this was the best thing we could have done for her.

On Friday 21 October Sylvia received a call from a oncology doctor.

They called to inform us that Genique is scheduled for a port removal 8 November(next week) as we won’t be using it in the near future.

They also wanted to check how Genique is doing and how things are progressing with endocrine.

Sylvia explained that there were no contact with endocrine since we left the hospital. This came as a shock for the oncology doctor and repeatedly said that it was unbelievable.

The oncology doctor assured Sylvia that they will call endocrine personally to find out what was going on.

Of course we are still waiting for that feedback too…

Hospital life is so frustrating!

(PS: I wonder how many other people share our experience, or maybe there are people out there that can share some good experiences - we sure do need those.)

Today was fantastic in two ways…

It was Sylvia’s birthday and secondly, Genique came home (perfect gift for a brave mum).

We still have to visit the hospital every second day to monitor her sodium levels but it’s just a simple finger prick blood test, one Genique knows very well and is fairly comfortable with.

It is still a long road, but we’ll take it on one step at a time.

Upon arrival today, Genique walked in and lay down on our sofa and said:

“I just LOVE our house”

I think she really missed her home and her happy place.

I aslo think she likes going to the toilet without someone giving her a bed pan.

I think she likes having long naps, without someone asking about sqeezy arm (blood pressure) or blood tests from her butterfly (implanted port).

I think she likes her mum’s food the best.

I think she likes having a bath, where she can soak and share it with her brother and sister and chat away about the day’s events or just being silly, more than having to be wiped with a cloth.

I think she likes her own bed, more than the one with rails.

I think she likes being loved…

First of all we want to say God is good, all the time!

Thank you for praying with us and sending us all the positive and good vibes!

Genique is doing so much better.
They reduced the steroids since yesterday and she is on half the fluids she was on.
Dr said we can start oral steroids tomorrow and hopefully get rid of the drip too!
She is managing her fluids much better but still needs a tablet to help keep her sodium levels down.

She did a MRI yesterday and it shows there is still a lot of swelling and that the gland regulating the fluids is not as bright as it is supposed to be.
This explains why she is having trouble with the fluid regulation.

So we still need prayers or positive vibes for that bright spot to be bright again and her vision to improve.”

Again, thanx for the support all around the world.

You guys are not only changing Genique’s life but also have a big impact on ours.

My apologies as it’s been a while since an update.
Last few days were just a bit too much :(

In Sydney the surgery went well and Dr Charlie Teo removed 85-90% of the tumour. Genique’s sight is still not there, but could be 5 weeks before any change. Sometimes she can see for up to 10 seconds then it will be gone again.

Other issues like her hormones which is all over the place at the moment. According to neurosurgeons it is expected because of the tumour’s location.

We arrived back in Perth on 9-Sep 2016. On the 10th we visited the hospital again to make sure Genique was fine after the long flight. Overall she seemed fine but there was still the swollen tummy which was, and still is, a big concern.

We believe the swollen tummy is side effects of all the medicine she’s currently on. We discussed the matter with our family doctor who requested Genique’s medicine list and carefully went through it. Afterwards we identified many side effects in Genique and decided to propose to wean down some of the meds.

Endocrine doctors agreed (which never happens) and the only condition they had was to admit her in hospital to monitor her - too easy. It was a relieve and she was admitted yesterday (21-Sep).

In hospital doctors discovered she had a racing heartbeat and that there was a fever too.

The racing heartbeat I was aware of when I gave her a good night kiss the previous night. I remember putting my head close to her chest and thinking…what is going on in there?

The fever was something new - 39°C.
Doctors suggested it could be infection and we have to get her healthy before we can start weaning her down on meds.

Maybe it is all the crazy meds that is the cause of it all!!!!

Fever was better today and pretty normal.
Her sodium was high though. They don’t know really why…or maybe they do they just find it hard to explain it to us mere mortals :)

In the meantime Sylvia looks after Genique and I look after our other two.

I work early mornings and then head off for the school run. Pretty much work the rest of the day until afternoon’s school run. Every night I visit Genique and Sylvia and take some dinner for my lovely.

It is tough on us all.

Hospital life is not for the fainthearted.

Thanks for all the messages and words of encouragement. We appreciate it dearly.

Today we had some blood tests and a quick stop at endocrinologist for some education on the Diabetes Insipidus (DI).

Genique had yet another traumatic experience with needles.

Needle was inserted and then moved around inside her arm until a vein was found.

This was repeated tree times - OUCH!!!

I HATE it when they hurt my child. It makes me change into someone I don’t really like. 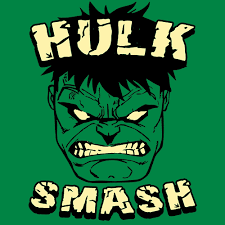 Sweat instantly appeared on her forehead and at the top of her lip. I also broke out in sweat just by holding her arms and Sylvia held her on her lap whilst whispering calmly a few comforting words.

Nothing stopped her from screaming at the top of her lungs (I don’t blame her).

We arrived home at 1pm just to receive a call that we had to be back at 2pm as the blood results are ready.

She has more hormone deficiencies :(

Despite me being so angry, Genique calmed me down with her prayer.